5 Most and Least Hurricane-Prone Areas in Florida 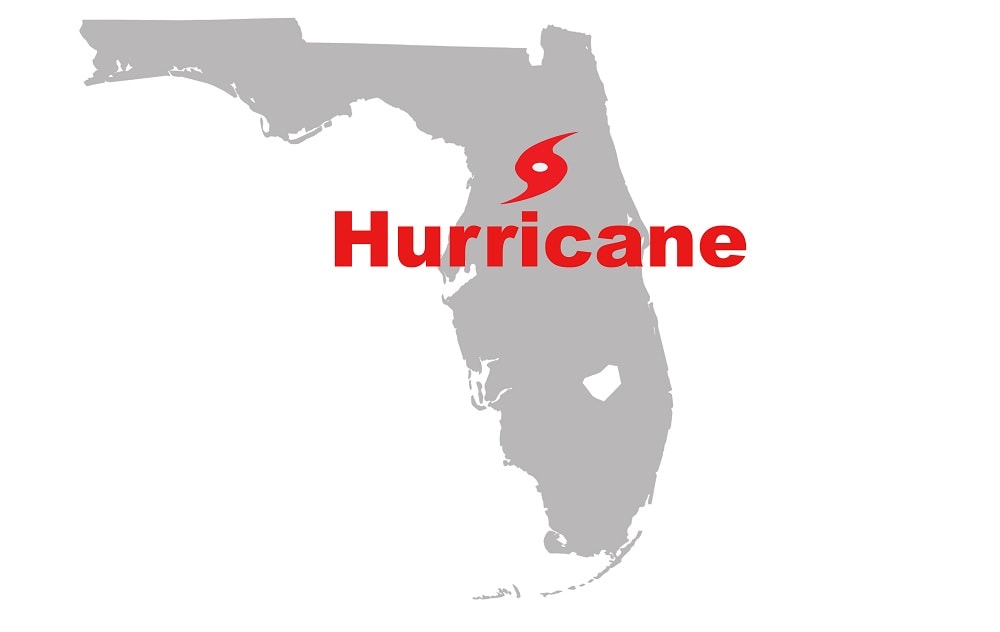 It should come as no surprise that Florida has been hit by the most number of hurricanes since direct hits on land were first recorded in 1851 with the Saffir/Simpson scale.

But a few Florida hurricane facts may come as a surprise.

More than 41 percent of hurricanes that hit the United States also make some kind of landfall in the Sunshine State. Florida has also been hit by more than twice as many hurricanes as the next closest hurricane-prone state, which is Texas.

The Most Hurricane-Prone Areas in Florida

1. Northwest Florida: 66 total hurricanes
(including 14 that were a Category 3 through 5)

Surprisingly enough — or maybe not surprising at all to some people — Northwest Florida, situated on the Panhandle, is the most hurricane-prone area in Florida. That’s partly due to the Gulf of Mexico, which is known for its warm shallow waters, and partly due to its location in the U.S.

Situated outside of the common tropical zone of South and Central Florida, the northwest panhandle receives lower temperatures than the rest of the state, which can help to strengthen hurricanes by contributing to the air pressure level that hurricanes need.

The Northwest Florida Panhandle is so prone to hurricanes that it has surpassed every other state as a whole, as Texas is the second most hurricane-prone state in the U.S. with 64 total hurricanes.

2. Southwest Florida: 49 total hurricanes
(including 17 that were a Category 3 through 5)

Sitting directly on the Gulf of Mexico, which has much warmer waters than the Atlantic Ocean, Southwest Florida is tied with its southern counterpart on the Eastern Seaboard as the second most hurricane-prone area in Florida.

The only thing separating the two areas from one another is the fact that Southwest Florida has been hit by 17 major hurricanes, one more than the Southeast. That includes six Category 4 and one Category 5 hurricanes.

3. Southeast Florida: 49 total hurricanes
(including 16 that were a Category 3 through 5)

Although many people may think Southeast Florida is the most hurricane-prone area in the State, this isn’t the case. This is mainly due to the catastrophic Hurricane Andrew of 1992, which was a Category 5 that battered the state and is responsible for new building codes.

The Labor Day Hurricane of 1935 was the first of two Category 5 hurricanes Southeast Florida has faced since the inception of the Saffir/Simpson scale in 1851. It has also been hit by a record-tying seven Category 4 hurricanes, which ties it with the entire state of Texas.

The Least Hurricane-Prone Areas in Florida

4. Northeast Florida: 26 total hurricanes
(including 1 that was a Category 3)

Not all parts of Florida are as equally prone to hurricanes as the rest. Take Northeast Florida for instance. This large area has seen just 26 total hurricanes, including just a single Category 3 since the scale was introduced 167 years ago.

That means, on average, Northeast Florida gets hit by a hurricane every 6.5 years or so. Compared to its Northwest counterpart, which averages one hit every 3 years, that doesn’t seem as bad.

Since it sits in cooler waters and has a cooler climate than Southeast Florida, hurricanes that pass through the Caribbean are more likely to stay at sea longer and begin curling toward the U.S. when they get up to North and South Carolina.

If you want to stay as safe as possible from hurricanes but still want to reap the benefits of being a Florida citizen, inland Florida near the northern border of Georgia is the best place to live. It is the least hurricane-prone area in Florida.

Since this area is not directly on Florida’s Atlantic of Gulf Coast, they typically don’t take direct hits in the form of 120-plus mile-per-hour winds. Instead, they face calmer winds when hurricanes hit. But, that doesn’t mean they’re completely out of the clear. This area is prone to tornadoes when the rest of Florida is under hurricane threat.

With the abundance of wind storms the state faces, getting adequate home insurance is a necessity. Universal Property & Casualty Insurance is here to help with your home insurance needs so that you are covered and stay safe before, during and after hurricanes that hit Florida.